Goldman Sachs attacks crypto, why Bitcoin may be wandering into a bull trap, and how…

Grayscale Investments has been gobbling up Bitcoin in recent months, and most of its investors… 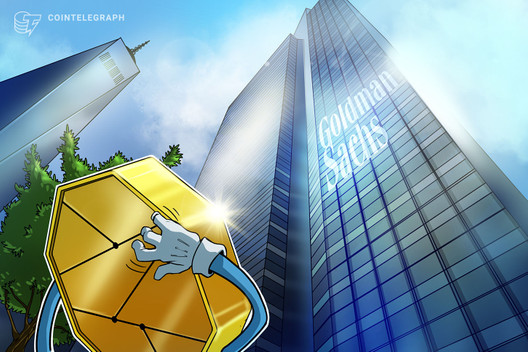 Goldman Sachs will soon host a conference call discussing the impacts of the current economic crisis on Bitcoin, gold, and inflation.

Goldman Sachs will host a conference call on May 27 titled US Economic Outlook & Implications of Current Policies for Inflation, Gold, and Bitcoin.

On May 23, Mike Dundas, the founder of crypto media outlet The Block, posted a screenshot of the invitation for the call, revealing that the event will be hosted by Sharmin Mossavar-Rahmani, the CIO of Goldman’s Investment Strategy Group, alongside Harvard economics professor Jason Furman, and Goldman Sachs’ chief economist Jan Hatzius.

Goldman Sachs appears to be warming to Bitcoin

The news has been heralded as a milestone for the institutional adoption of crypto assets, appearing to signify a complete u-turn on the part of Goldman’s Mossovar-Rhami — who stated that cryptocurrencies fail as mediums of exchange, stores of value, and units of measurement, in August 2018.

For many years, the crypto community has appeared dedicated to willing cryptocurrency engagement from Goldman Sachs into existence, with false rumors that the financial giant planned to open a Bitcoin (BTC) trading desk circulating at frequently throughout the short history of cryptocurrency.

Goldman Sachs’ conference call comes amid other signs that many top financial institutions may be warming to crypto, with JPMorgan providing banking services to U.S. exchanges Coinbase and Gemini since April.

At the start of May, billionaire and hedge fund founder, Paul Tudor Jones, revealed that he is purchasing Bitcoin as a hedge against money printing-induced inflation.

The 65-year-old revealed that his Tudor BVI hedge fund is hodling “a low single-digit percentage” of its total assets in BTC futures, stating; “The best profit-maximizing strategy is to own the fastest horse […] If I am forced to forecast, my bet is it will be Bitcoin.”

Goldman Sachs Is Inviting Clients to a Bitcoin Call: Here’s Why That’s So Important

2 weeks ago
Multinational investment bank Goldman Sachs will be hosting a Bitcoin call on May 27th for its clients. The news was revealed Friday by The Block’s Mike Dudas, who shared the image below of an invitation to a call for May 27th entitled “Implications of Current Policies for Inflation, Gold, and Bitcoin.” The call hasn’t even happened and some have postulated what this indicates and what could transpire in the wake of this call. The Goldman […] 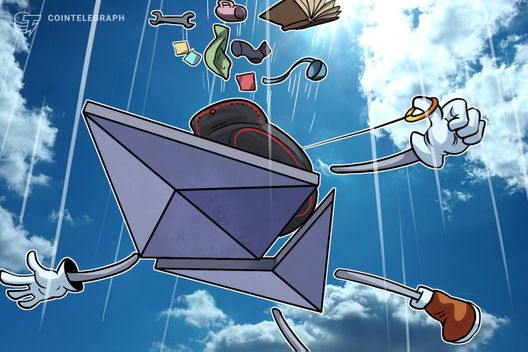 Cryptocurrency markets are feeling the pressure from an extended downturn on Wednesday, September 12, with Bitcoin (BTC) losing 2.5 percent and Ethereum (ETH) hitting its lowest levels since May 2017.

Data from Cointelegraph’s price tracker and Coin360 confirms the lackluster picture across cryptoassets continuing another day, with all of the top twenty coins — with the exception of Dogecoin (DOGE) — in the red. 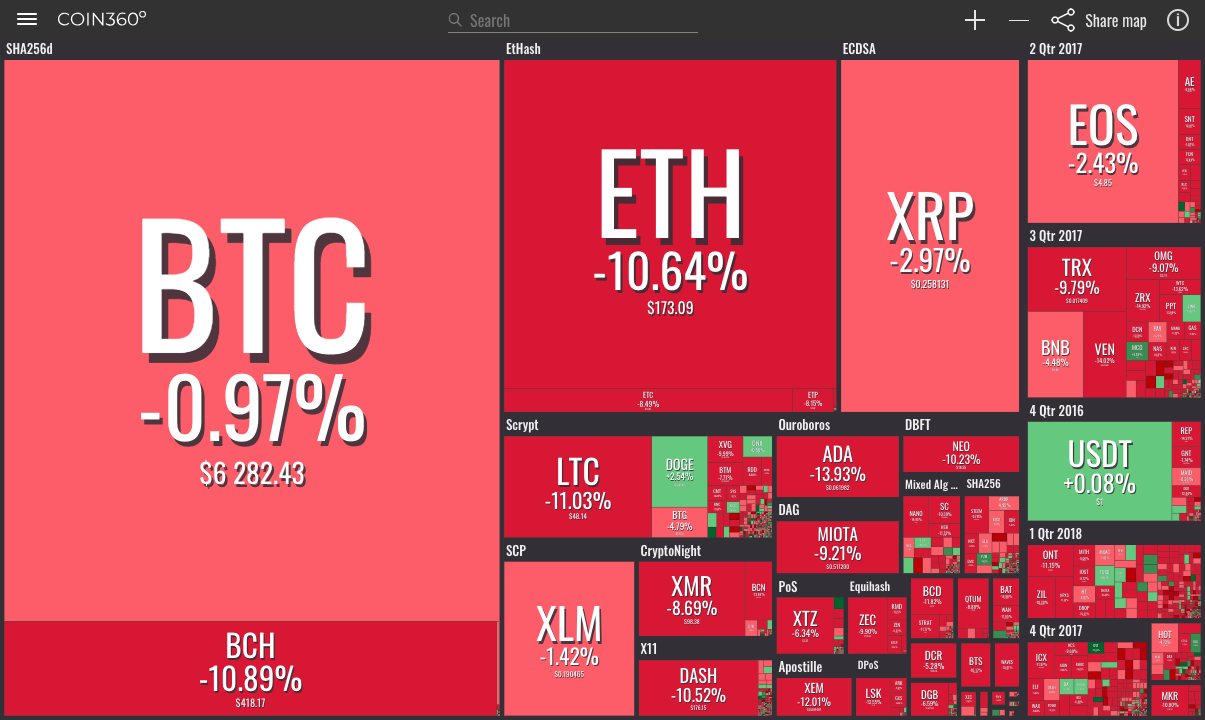 Bitcoin had climbed to almost $7,400 last week before turmoil hit markets again, prices tumbling over claims Goldman Sachs had shelved its crypto trading plans, something officials have since dismissed as “fake news.”

The combined effect has meant BTC/USD was tending towards $6,200 at press time, support nonetheless holding at around $6,251 to prevent a deeper slide below the $6,000 barrier. 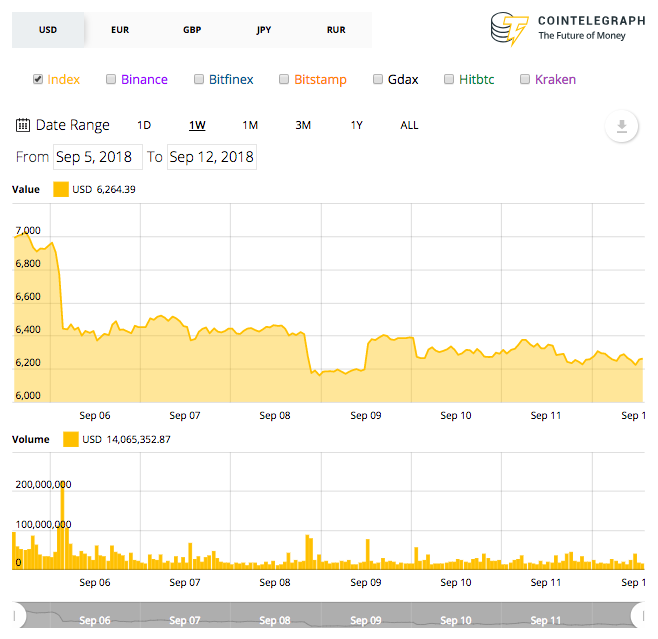 For Ethereum, the outlook appears bleaker.

Recent comments by co-founder Vitalik Buterin about the lack of growth perspectives in blockchain appeared to exacerbate ETH’s descent to 2018 lows.

Buterin has since denied claims he is a “pessimist” about the outlook for cryptocurrency, arguing media publications had “spun” his words.

Nonetheless, ETH has faced a bearish tide for several months, with industry research from Tetras Capital in July warning the asset faced a prolonged cooling-off period after the intense growth it saw from the 2017 Initial Coin Offering (ICO) phenomenon.

At press time, ETH/USD traded around $172, down almost 11 percent on the day. Ethereum last saw this price point in July of 2017. 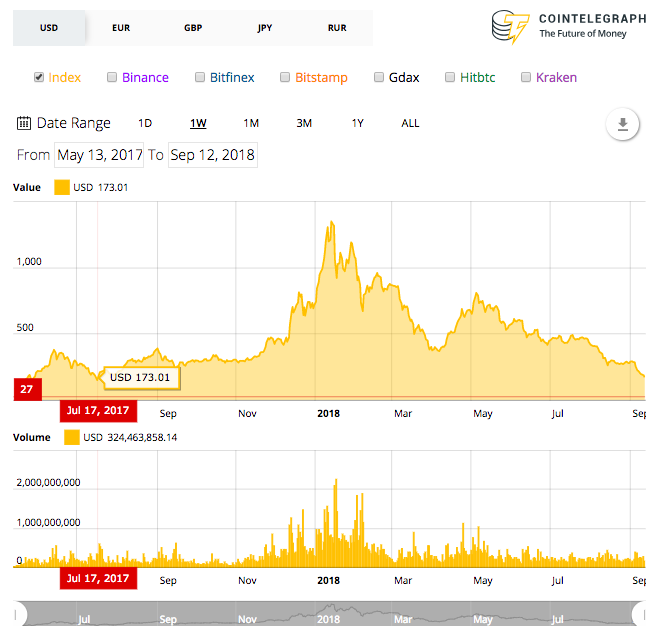 The suppression of altcoin prices had meant Bitcoin’s overall market dominance has reached multi-month highs nearing 58 percent, according to data from CoinMarketCap. Bitcoin last achieved that market share in December, when prices hit all-time highs around $20,000. Kx Systems has recently launched crypto trading on its forex trading platform to “meet the ‎current and future needs of clients.”

According to the Kx Head of FX Solutions Rich Kiel, the company’s move toward cryptocurrencies is mainly driven by customer acquisition purposes, since the company has been “inundated with ‎interest in crypto.”

“As with most ‎leading trading technology providers we have been inundated with ‎interest in crypto. When you sift through the noise the interest from ‎mainstream financial services firms to begin trading cryptocurrencies ‎has been growing and we are delivering this solution to meet the ‎current and future needs of our clients.”‎

Kiel’s comments echoed those of Goldman Sachs executive Rana Yared, who cited customer interest as a driving motive for the firm to introduce contracts with Bitcoin exposure earlier this month.  Yared said, “It resonates with us when a client says, ‘I want to hold Bitcoin or Bitcoin futures because I think it is an alternate store of value.’”

You may have missed

Comparing the top platforms to earn interest on Bitcoin, Ethereum and other cryptocurrencies

How Gemini Works in Sync With Samsung’s Wallet

Charlie Shrem’s Way to Bitcoin: From Millionaire to Felon and Beyond